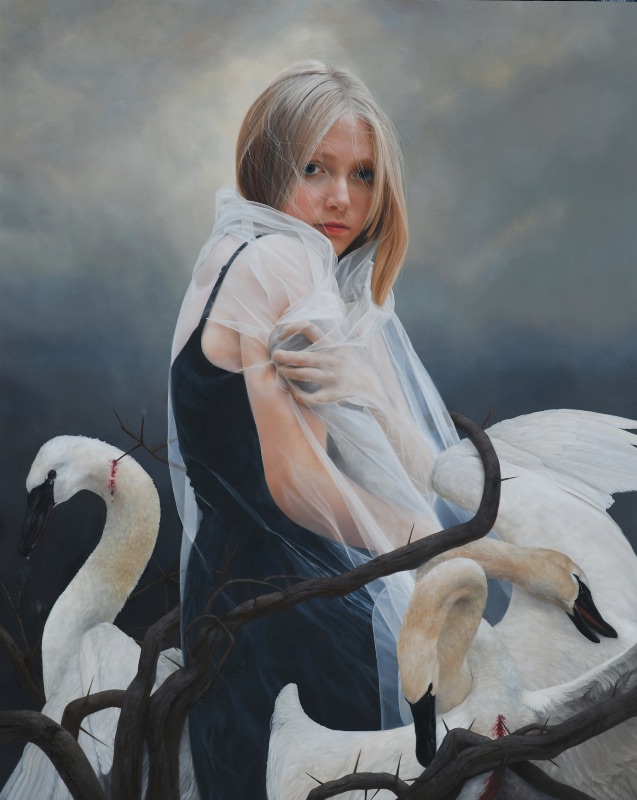 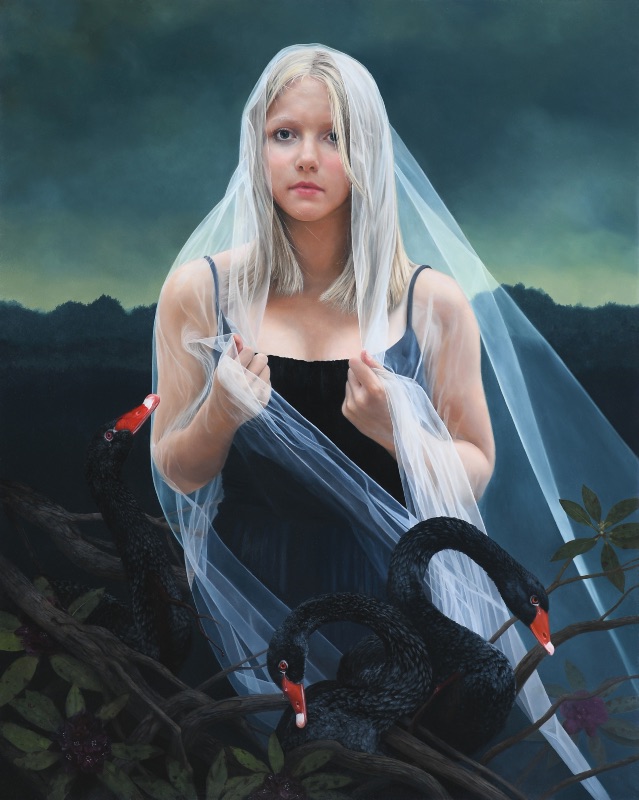 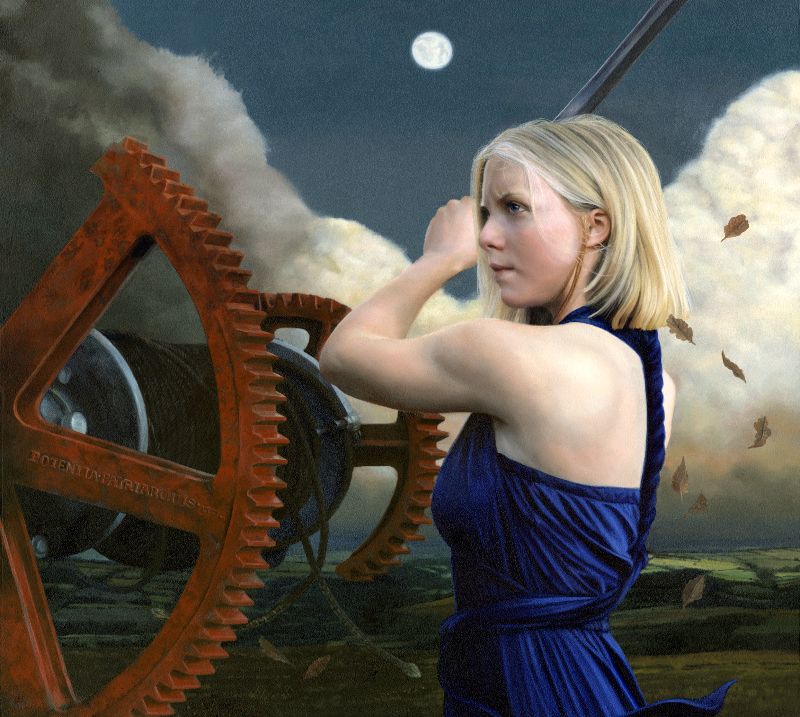 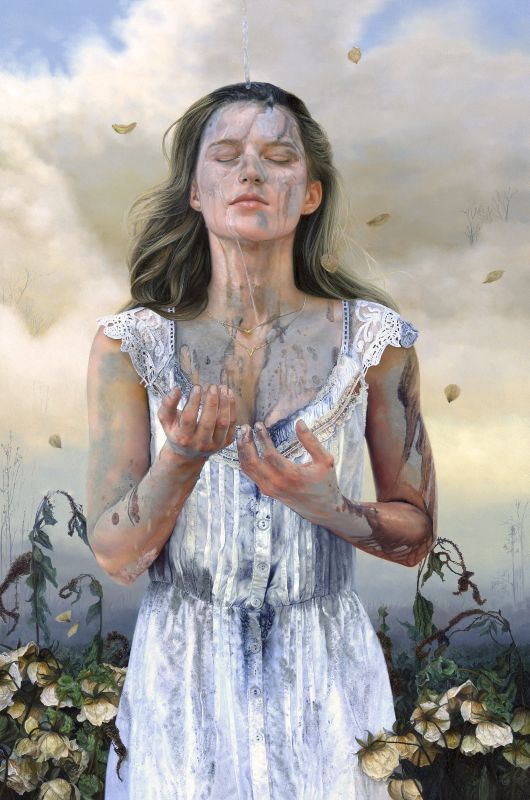 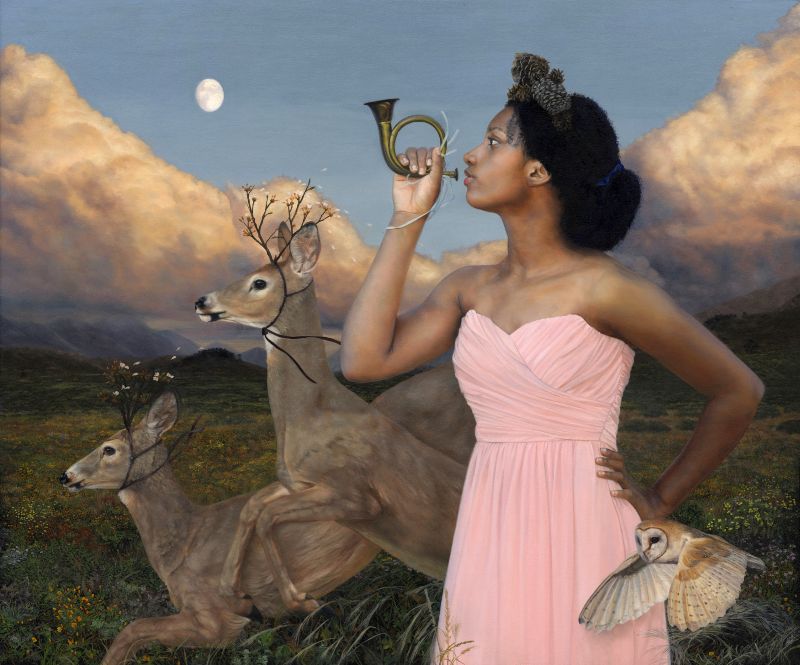 All Things Bright And Beautiful 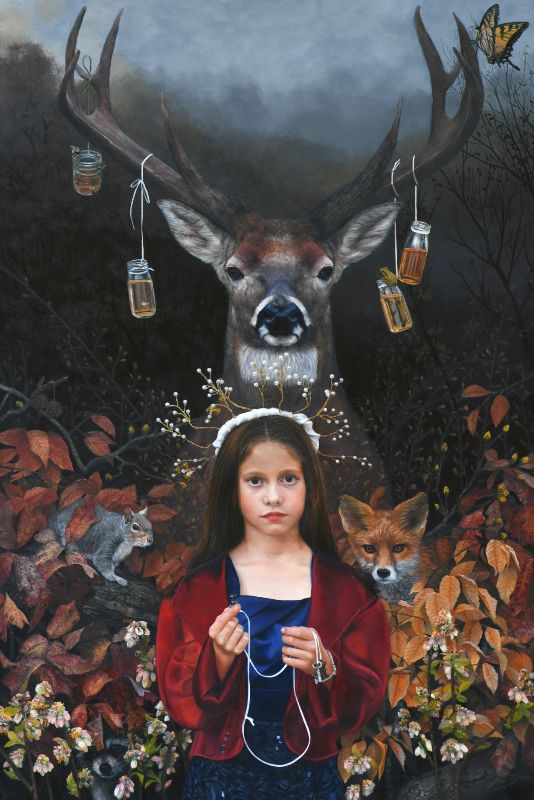 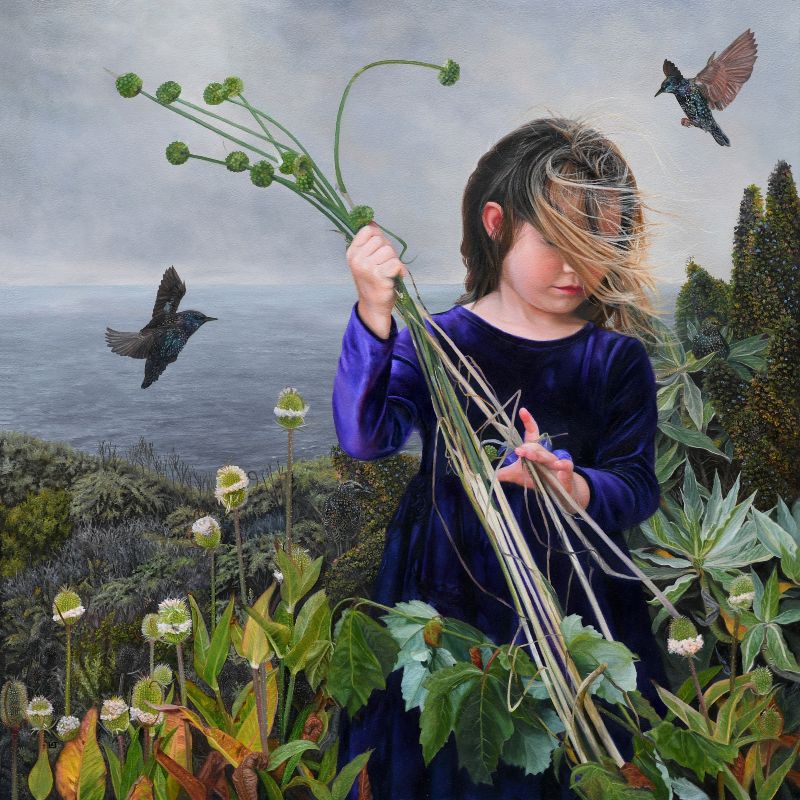 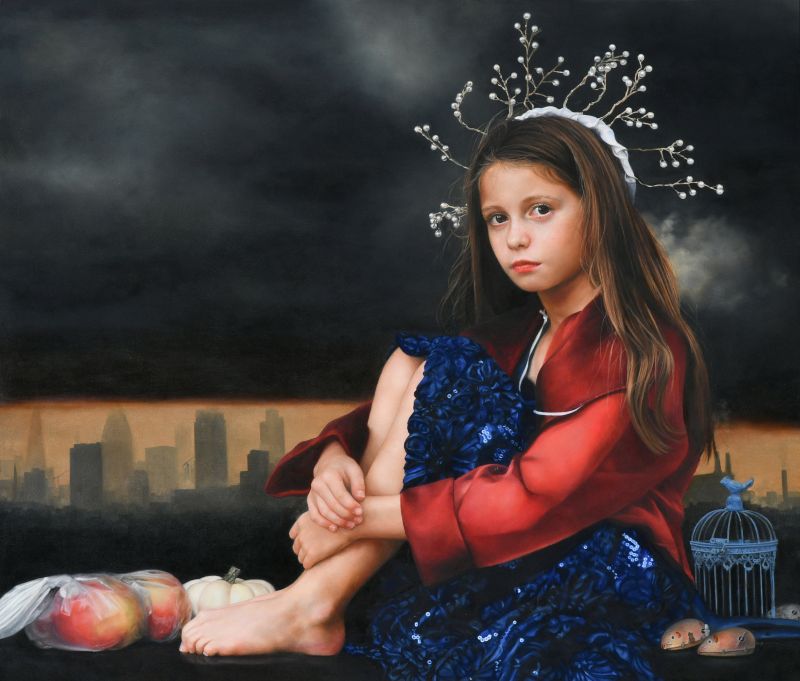 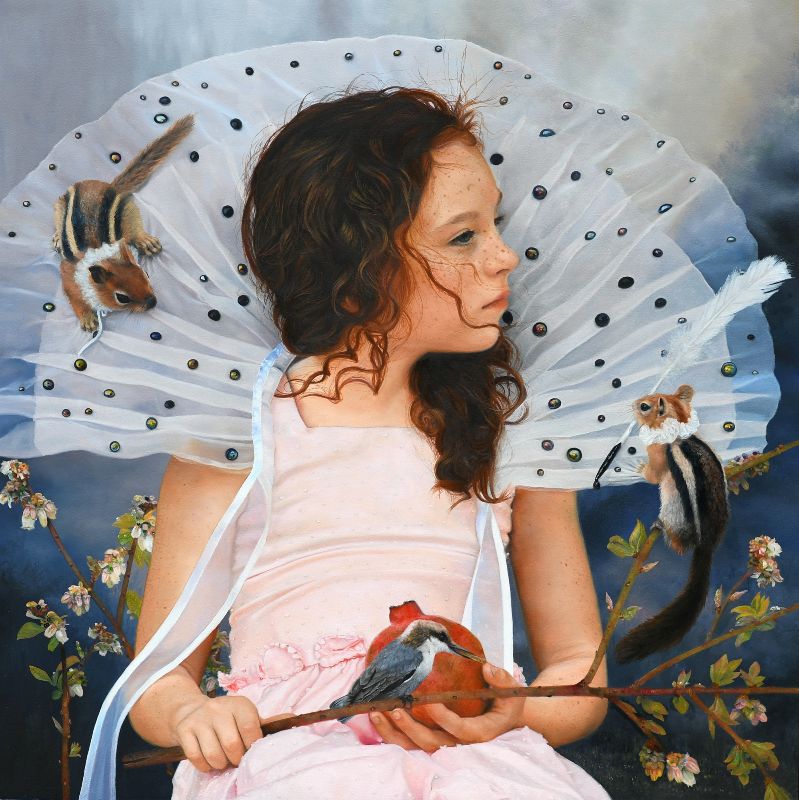 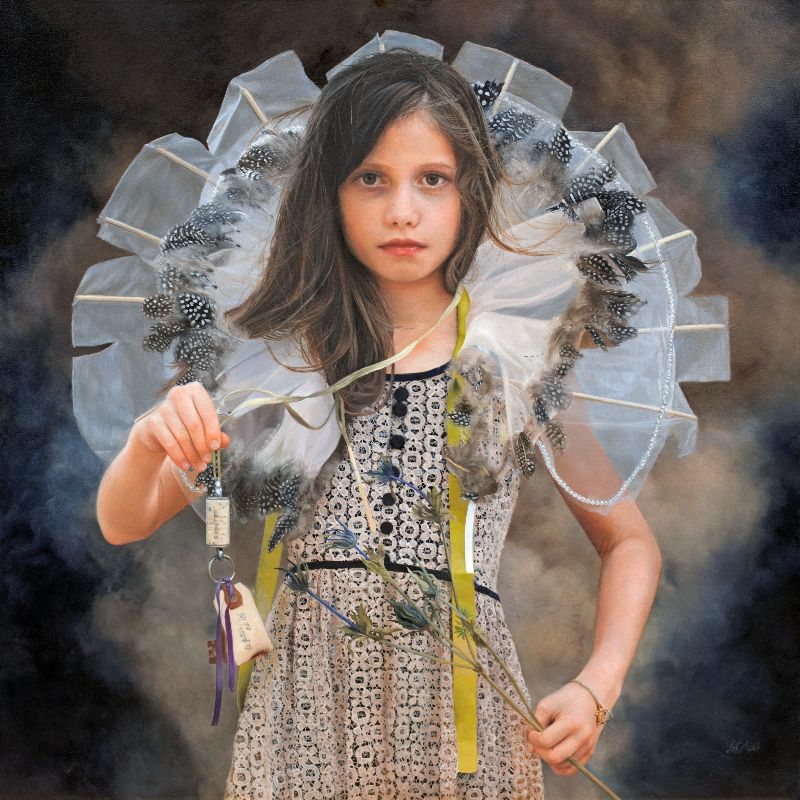 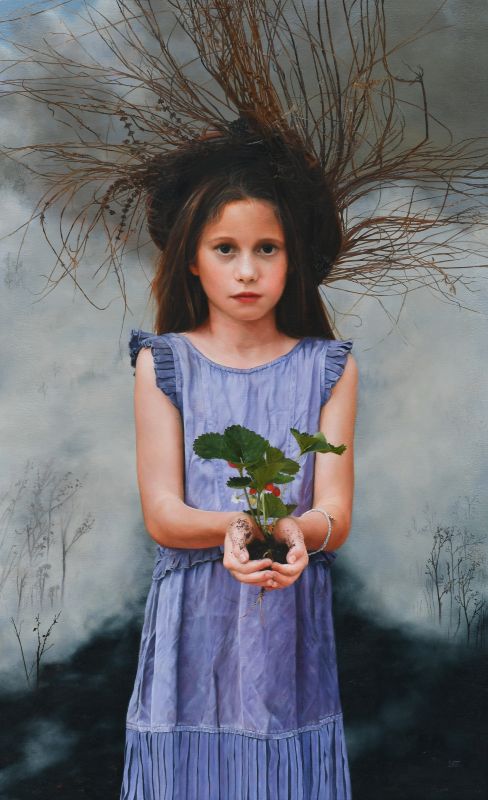 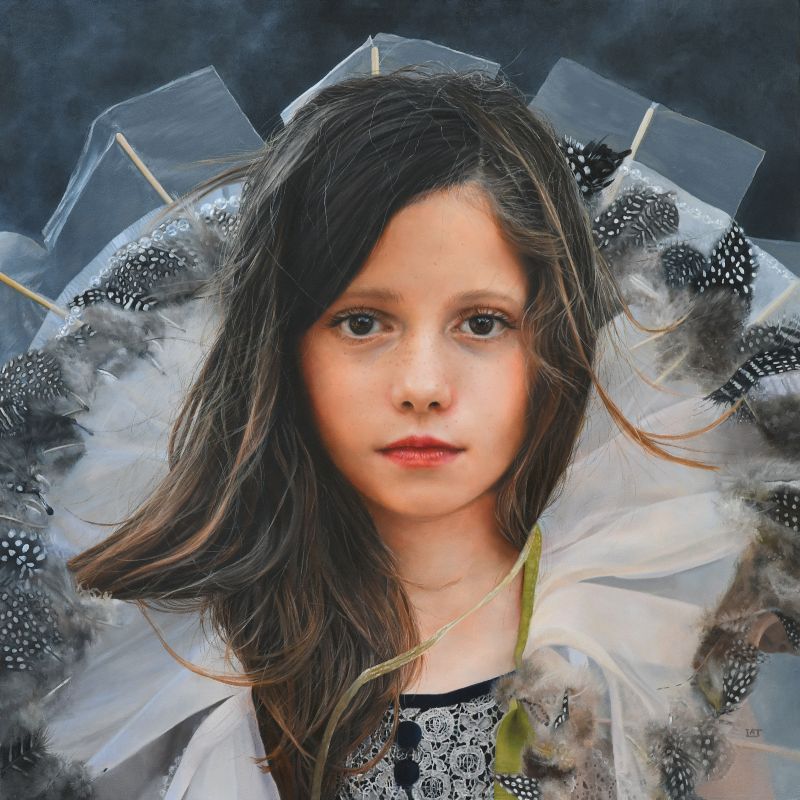 And We Praise Her

The Sinking Of The Gaia 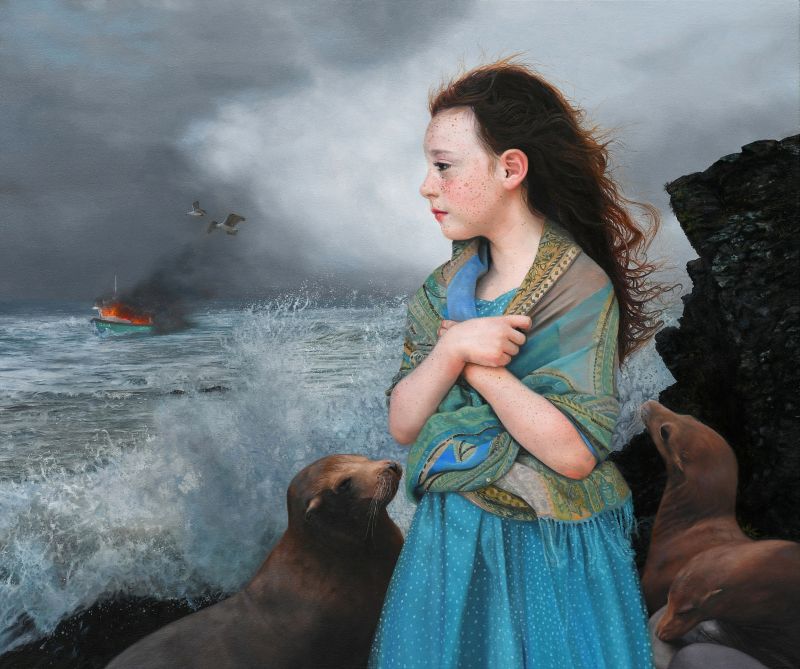 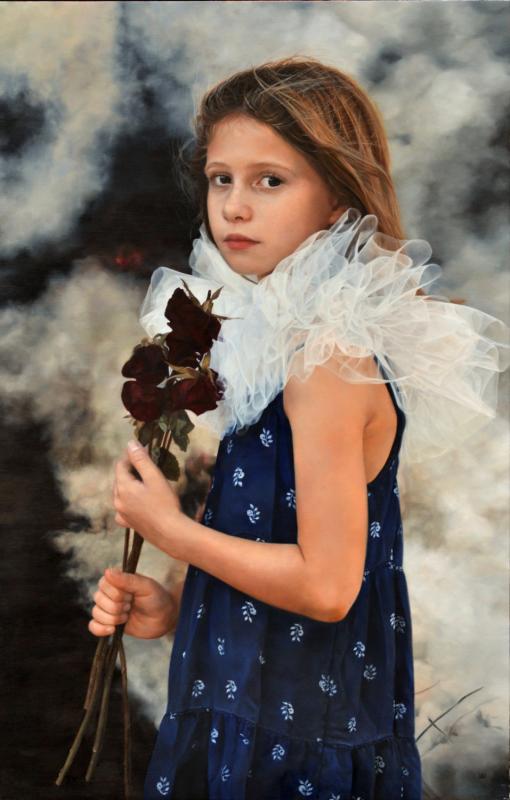 The Truth Of Thorns 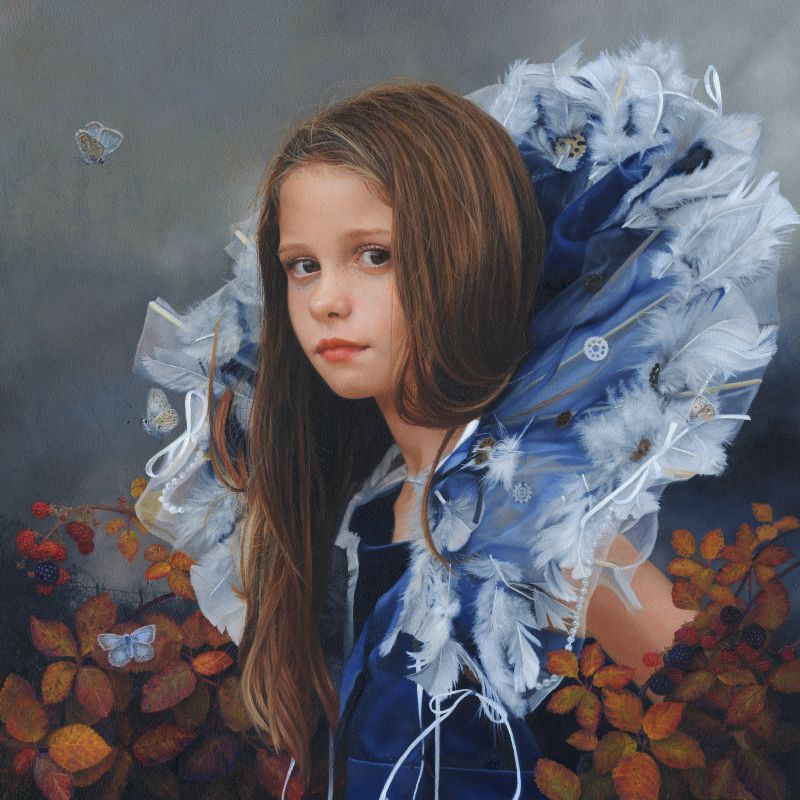 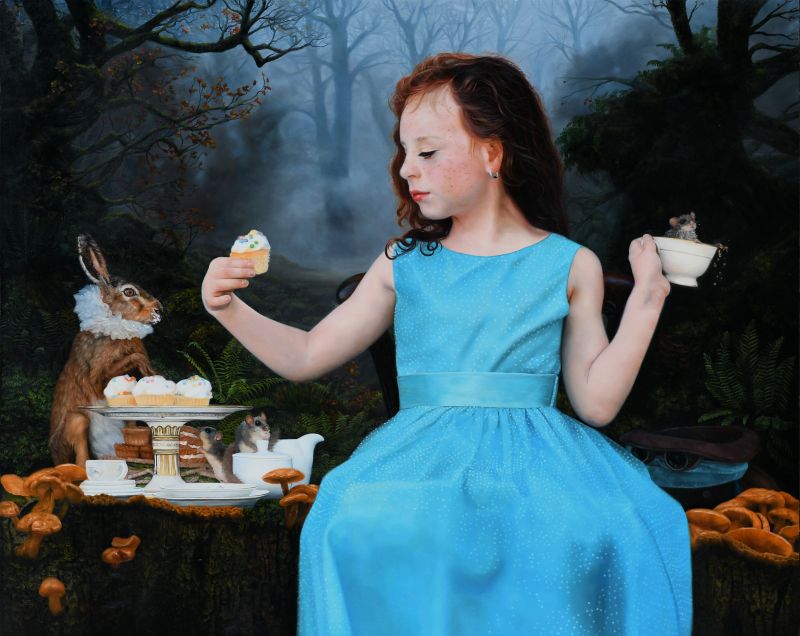 Bird In The Hand 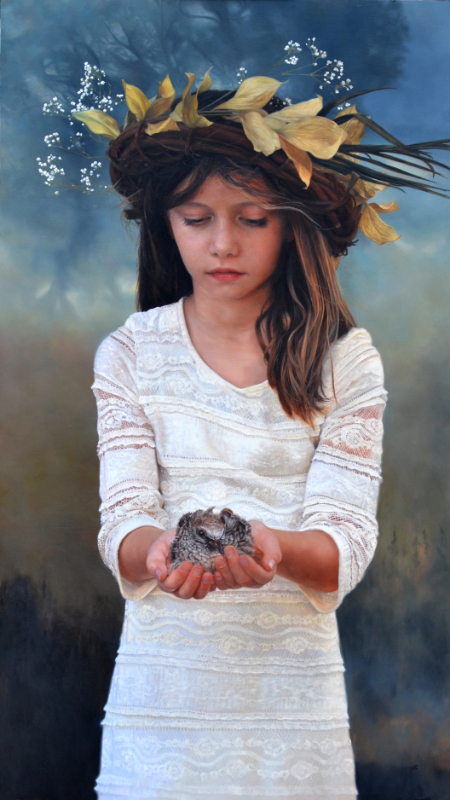 Lesley Thiel is an international award winning, figurative artist known for her highly detailed photorealistic paintings. Working in oils, her pieces focus on narrative portraiture and magical realism. Her paintings contain imagery designed to tell a story of the fate of our species and our relationship to the earth. They include feathers, flowers, and animals as a sign of hope for our collective future. They speak of the strength of the upcoming generation of young women and girls, who may well be our saviors. They question the accepted narrative of the female voice in society and the myths attached to this. Her paintings have been included in numerous exhibitions, and are represented in collections throughout the world.

Lesley’s work has been included in numerous exhibitions, including at the Museum of Modern European Art (MEAM), in Barcelona; Bantierra Palace, Zarazoga; Sotheby's New York; Wassau Museum of Contemporary Art; The Mall Galleries, London; The Salmagundi Club, New York; Terminal 5 Heathrow (as part of the Olympics), and Zhou B Art Center, Chicago. She has received a Certificate of Excellence from the Portrait Society of America, and awards from the Art Renewal Center and International Guild of Realism. Her work is part of both the Art Renewal Center Collection, and the Bennett Collection. Born in England, she now lives and works in Ireland.

"Lesley gives us a piece of existence, of hope, of dreams, of desires – all encapsulated in her art work.  Intrinsically stating the obvious that is commonly mistaken for acceptance and normality.  Her art has the power to devour you with an insatiable hunger, with a need to recognize the purest form of human existence, the call for truth, for innocence, to revert to that state of mind where all was fine, all was good, all was perfect…because you knew no better.  But it’s a better that can be achieved with a collective attitude of care, of hope, and of love.  Lesley’s art works penetrate your subconscious knowingness, distracting your current reality, throwing you back to what you and I want.  To bring out the child within, with no restrictions or inhibitions, with no ill intentions, with the purity only a child can contain." Artmoire

Awards and Publications
Finalist ARC Salon 2018 with 'Bird In The Hand'
The Guide Artists Issue 11 pages 47 - 59. Cover story with interview https://theguideartists.com
'Moonchild' selected as on of '50 Great Figurative Artworks 2017' by PoetsArtists Magazine in their issue 89, curated by Steven DaLuz. The issue can be found at https://www.poetsandartists.com/download/50-great-figurative-artworks-2017.
'August' was awarded a Certificate of Excellence by the Portrait Society of America in 2015