A Measure from Picardy

A Wineglass with Nuts

ARDOUR OF THE SENSES - Homage to the Belgian Poet Frans Boend

Asperges on a Belgian Blue Stone 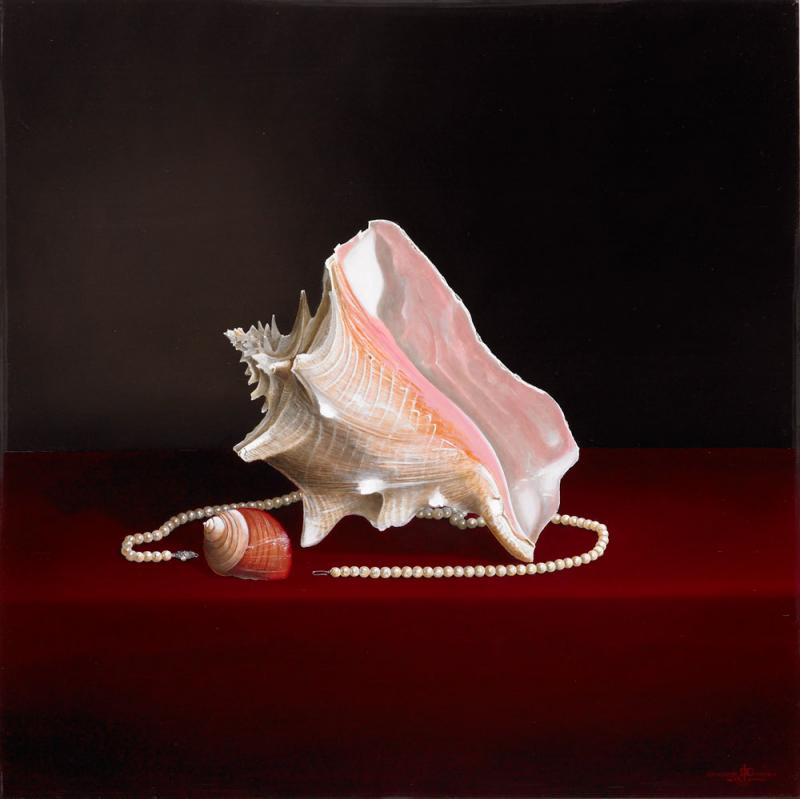 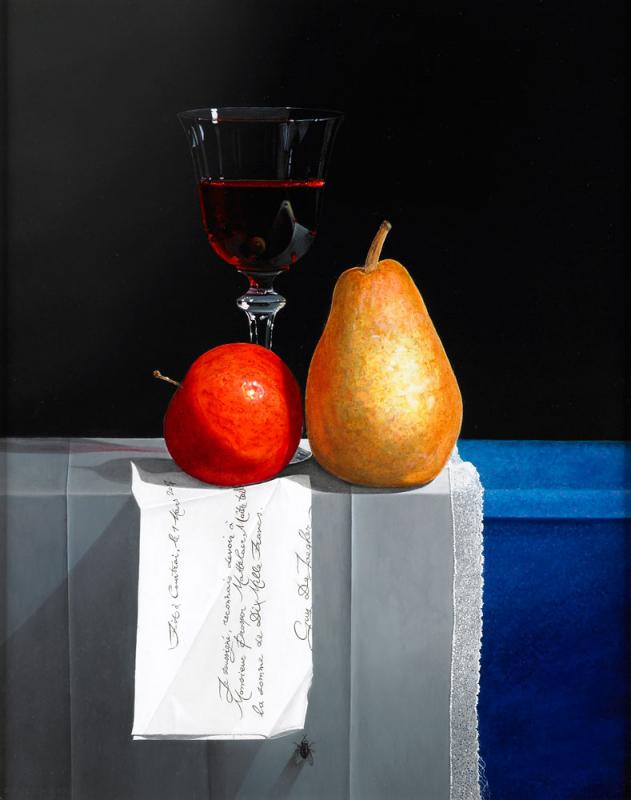 Victoria Plums in a White Round Bowl

A Shiny Glass on an Invitation

"For Art & Science cannot exist but in minutely organised Particulars,
In Poetry, every word and every letter must be studied.
In Painting, every line and stroke.
In Love, every minute particular is Holy.

Guy De Jaegher has been described as a foremost contemporary fine painter, with a focus on object naturalism, and known for his meticulous craftmanship and magnificent still lifes.

As a young boy he attended the Royal Academy of Fine Arts in his native Courtrai (BE), then studied graphic arts and calligraphy at the famous Saint Luke’s Institute in Tournai, close to the French borders.

His still lifes slowly flourished to premier quality, after years of painstaking study of the Flemish Primitives’s rich legacy. His paintings are indebded to the great late medieval masters with their command of time, patient learning process and fantastic rendering of space, materials and texture. These masters are, mostly, painters of the early Northern Renaissance, next to famous Dutch fine painters of the Golden Age.

Today, De Jaegher has become a virtuoso at oil on panel, but he also excels in Glass Painting – oil applied on the back side of a glass plate.

De Jaegher’s paintings in oils are made on panel grounded with several gesso layers.

A free-hand yet carefully detailed underdrawing runs throughout the composition which is applied in several semi transparant oil paint layers ; the top layer has a smooth glaze without any traces of brushstrokes – a most delightful lustre.

Loathing speediness and immediacy, De Jaegher’s great technique creates a para-doxical feeling of timely timelessness. Moreover, it enables him to circumvent the danger of overwhelming the content of the painting and obscuring its deeper meaning. With a rare empathy for the singular object, he delineates it in a precise but never excessive light that gently strokes it, in a sometimes slightly dramatised way.

In his peerless examples of still lifes coulour, atmosphere and ambiance are qualities that are as important as the meticulous rendering of materials’ minutest details, to be enjoyed with a magni- fying glass.

Guy De Jaegher is one of those contemporary artists who endeavour to perpetuate 17th century still life, when things were important. They still are, of course, but now due to growing vulgar materialism.

Today we no longer believe that God created things by imprinting Himself on them; to us, things have become mere commodities - value for money.

A still life painter like De Jaegher empowers things en restores them to their former status by isolating them as unique objects laden with rich meaning and great tactile quality. Disconnected from daily use they are proudly displaced, a feast of wonder and delight for the attentive, probing eye. The path to understanding and enjoyement is, as always, through the senses, sight prime – since vision engages the sublime.

In his scrupulously meticulous work he never fails his minute composition. Adopting the style of his devoted masters, he has unearthed their secrets and delicate brushwork. For many years he has studied their science of pigments, working with tempera, linseed oil, stand oil, Venetian turpentine, aspic oil etc…

In spite of the artist’s high degree of integrity and fidelity to the nature and setting of the painted objects, his still lifes do not imitate reality. Their perfect rendering offer the shining gate through which every open-minded beholder can enter a stilled world of inner calm and quiet harmony.