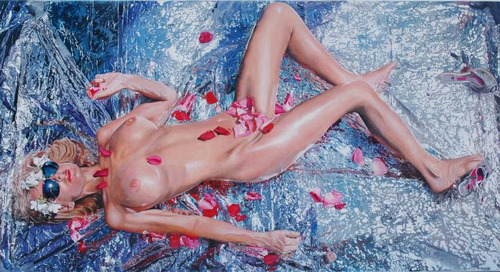 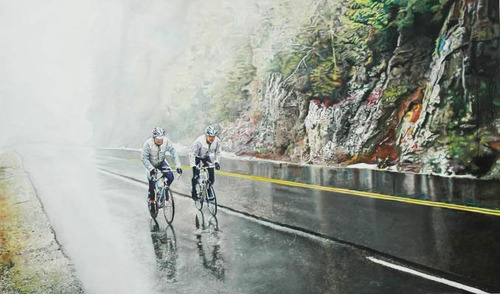 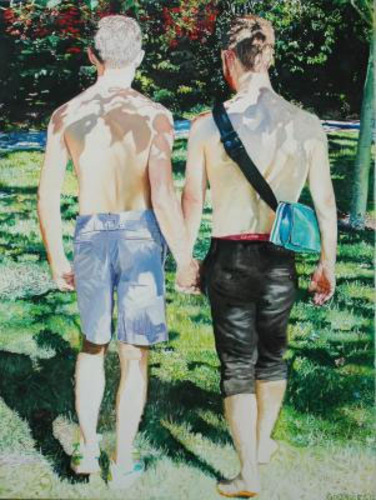 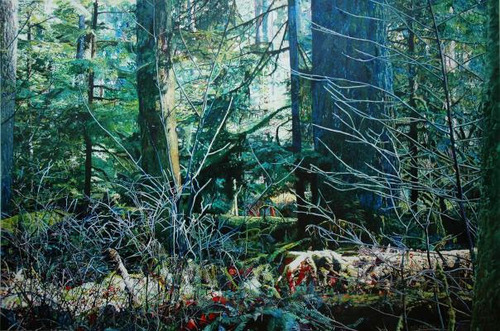 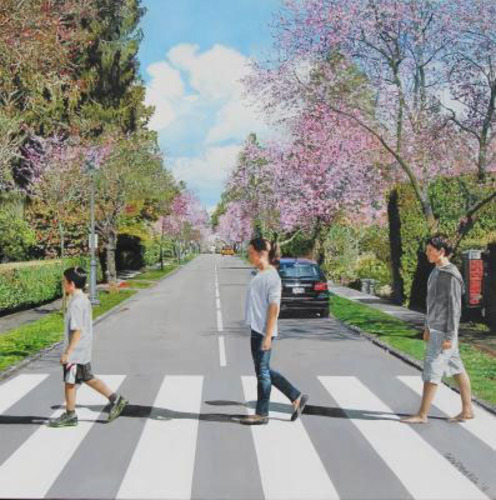 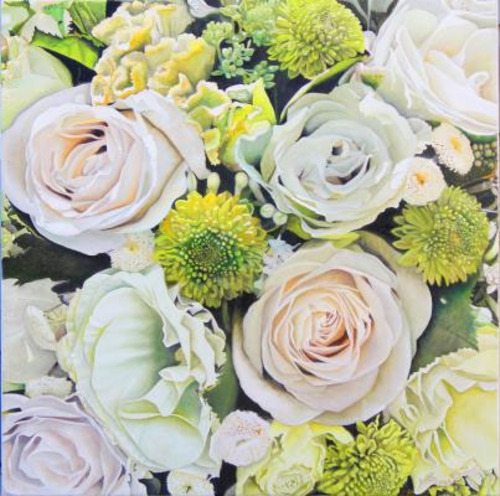 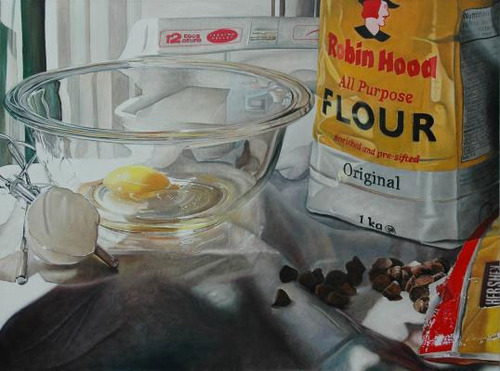 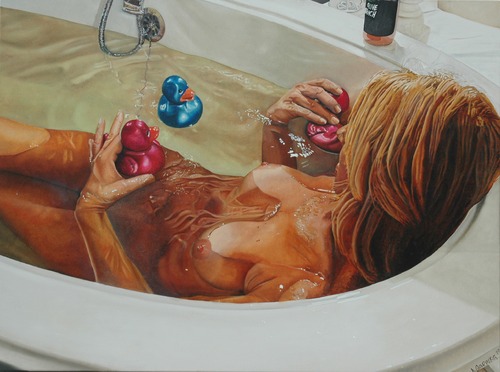 PERCY IN THE POOL 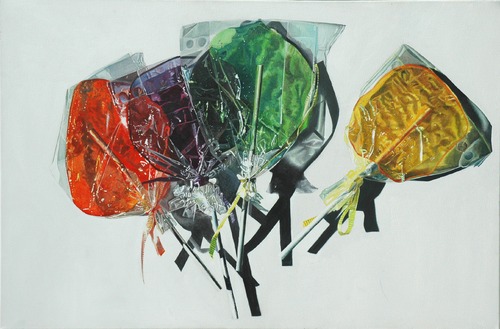 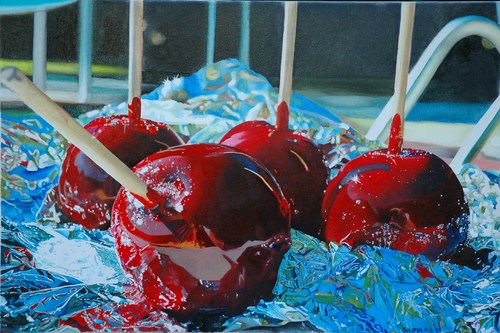 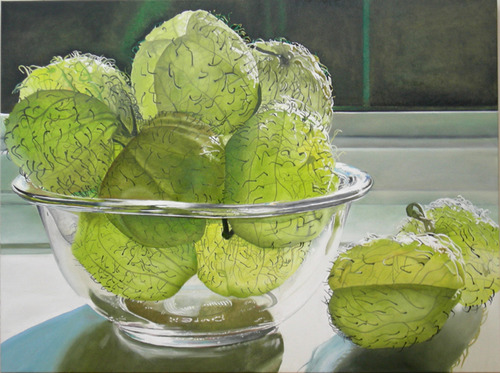 "Hyperrealism has its roots in the philosophy of Jean Baudrillard, 'the simulation of something which never really existed.' " 1

My work focuses on Hyperreality and the tension between the axioms of beauty & time, the uncountable & the countable, painting & photography and lightness & darkness. I am interested in the relationships and interactions these ideas bring forth. At times they are dichotomous. At other times they intersect and interact. I work in oil on canvas with an inclination toward Hyperrealism & Abstract Expressionism (although seemingly opposing) and an interest in the altered reality that digital photography can induce - a painting of something that doesn't really exist. As Jean Baudrillard suggests in his example of hyperreality - technology distorting reality - "The gulf war did not exist...." 2

For some reason humans have an innate attraction to beauty. We strive to capture it, contain it, understand it and hold it. I try to find beauty in the mundane, banal, abject, and everyday. In Homo Aestheticus, Ellen Dissanayake argues that art was central to the emergence, adaptation and survival of the human species; aesthetic ability is innate in every human being, and art is a need as fundamental to our species as food, warmth or shelter. 3

I am interested in analyzing beauty through my art. If I see beauty, I capture and transform it immediately through the eye of a camera. I then paint the essence of what I have captured and through my painting I am able to analyze it using the media of old (oil painting) and new (digital photography) - making it 'special' as Ellen Dissanayke suggests. 4

In a way, I am creating a handmade reproduction of something that has been produced mechanically. I like my work to take on the painterly significance of an expressionistic stroke as exemplified by De Kooning - but at the same time retain realistic and photographic qualities at a distance; to present the painting as structurally predetermined, like a facade or a two dimensional pho¬tograph - flat & frontal by way of photography but painterly in composition.

I find beauty is often a function of the play of light upon and around it. And because of that, light is a strong proponent in my work. The13th century English Philosopher Robert Grosseteste concluded that light is the "first form" (the source of generation (biology) and motion (physics)) and it occupies a prominent place in his account of sense perception and the relation of body and soul. "A body can only be seen if light is shed on it, so something can only be known if spiritual light is shed on it" .5 Perhaps there lies the attraction: I see beauty and light as promise - a truth or hope in the darkness. And perhaps as Dave Hickey said, "... the vernacular of beauty, in its democratic appeal, remains a potent instrument for change in this civilization". 6

"One has to believe in what one is doing; one has to commit oneself inwardly, in order to do painting. Once obsessed, one ultimately carries it to the point of believing that one might change human beings through painting. But if one lacks this passionate commitment, there is nothing left to do. Then it is best to leave it alone. For basically painting is idiocy." 7